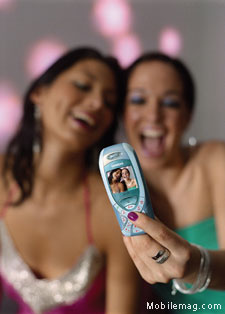 The mobile phone market in Eastern Europe offers enormous growth potential: While markets in Western Europe either stagnated or grew only in the single-digit range last year, the number of mobile communication users soared year on year in many of the region’s countries: By 23 percent in the Czech Republic, by 40 percent in Poland, and by more than 120 percent in the region’s largest market, Russia, where the number of mobile phone users rose from 8.6 to over 18 million between April 2002 and April 2003**. Mobile phone market penetration in Eastern Europe averages 20 percent, as opposed to around 80 percent in Western Europe. Siemens mobile has been able to benefit disproportionately from growth in the region, and now holds positions of leadership in nearly all of its markets: Siemens is the number one in mobile phones in Croatia, Russia, Bosnia, Belarus, Hungary, Latvia and Lithuania with market shares of between 30 and 35 percent. It is also the number one in digital cordless phones in eight countries: Russia, Slovenia, Slovakia, Croatia, Poland, the Czech Republic, Romania and Serbia. In addition, Siemens mobile is also the market leader in mobile communication infrastructure in Russia, Croatia and Bosnia, holding a market share of 24 percent.

For the first time, three new mobile phones now debuted in Eastern Europe; they are specially designed for the needs of the growth markets in this region. The entry-level A52 mobile phone is aimed at first-time buyers in countries with low market penetration, such as the Ukraine. The two camera mobiles, the C60 and MC60, are geared for the needs of users in more highly developed markets with high mobile phone density, such as the Czech Republic, Poland or Hungary, where consumers are increasingly asking for a color display and camera, but at an affordable price. The MC60 is one of the first mobiles in the mid-range price segment to feature an integrated camera, thus enabling it to tap into new consumer segments.

“We are the region’s most successful mobile communication equipment supplier and intend to continue our track record of growth here,” said Rudi Lamprecht, a member of the Managing Board of Siemens AG and the man in charge of the corporate group’s mobile communication business. “Siemens’ success is based upon the high awareness level and popularity of our brand.” Siemens is one of the most well-known brands in the region: Unaided brand awareness in the Czech Republic stands at 67 percent, in Poland at 59 percent; aided brand awareness in Hungary at 94 percent and at a resounding 95 percent in Slovenia*. Early this year, consumers in Russia, Belarus, Moldavia and the Ukraine voted Siemens the most popular brand (Narodnaya Marka 2003). 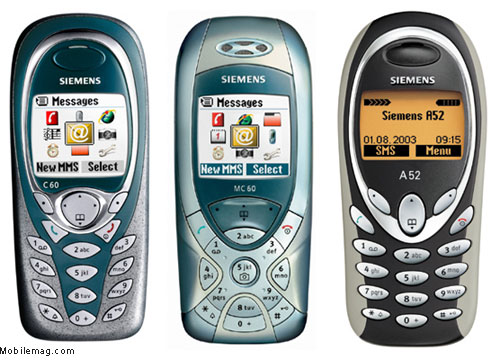 “Siemens enjoys a long tradition of telecommunication business in Russia and Eastern Europe,” said Lamprecht. This April, for example, Siemens celebrated its 150th anniversary in Saint Petersburg. “Siemens always endeavors to be a part of the local culture and society. We do our business locally.” Siemens mobile is going with a regional alignment and local decision-making authority. Siemens mobile operates a software development center for mobile communication in Saint Petersburg, an international mobile communication service center in Moscow and a training center at the Moscow State University for Telecommunications.