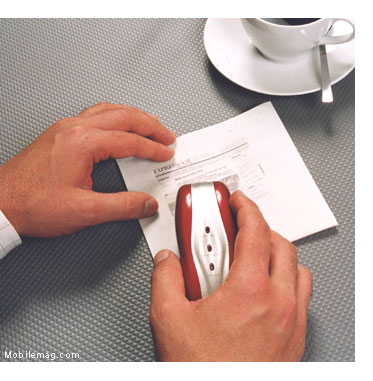 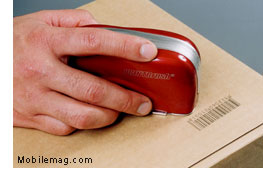 PrintDreams, the developer of the Random Movement Printing technology RMPT™, today has announced the release of PrintBrush™, the world’s smallest and only fully format-independent printer.PrintBrush™.

The printer has the length of a normal ballpoint pen while its width and height are more or less equivalent to the width of a modern mobile phone. The total volume is less than 300 c.c. and weights around 350 grams. This first version of PrintBrush™ was designed to roughly fit into a shirt pocket while it still remains a clear potential for size and weight reduction in coming versions that will allow an even more comfortable fit. Internet content, SMS, pictures and other information is downloaded to the PrintBrush™ from PDAs, mobile phones and laptop computers through a Bluetooth™ wireless link. Then, by following the RMPT™ principle, the device is hand operated by sweeping it across any type of print media, no matter its shape, size or thickness.

The printout will then start to appear right behind the sweeps. The device takes into account all thinkable parameters of the hand movement, including rotation and sudden changes of speed and acceleration. The result image on the printed media is always very much alike its digital counterpart. Since the first prototype was showed last year at the CeBIT in Hannover, Germany, the RMPT™ technology has been developed fast onward. The great breakthrough came for few weeks ago when the company released its OptoNav sensor, which is an extremely accurate optical navigation sensor aimed to push further the RMPT™ technology into a greater level of print quality and performance.

“PrintDreams business model is to license RMPT™ technology to OEM (Original Equipment Manufacturer) that will develop, manufacture and distribute the final products under own brand name. We have during the last year established contacts with global manufacturers that recognize the potential in RMPT™ based printer products for various applications. The PrintBrush™ represents an essential step in our go to market plan by demonstrating performance and functionality that meets user expectation for a truly mobile printer. We are expecting the first RMPT™ based printer products to be launched on the market early 2005” says CEO PrintDreams Jan Erik Hedborg.