Nokia introduced today a mobile phone with an innovative and intuitive pen input capability optimised for messaging and designed for Chinese language users in Asia Pacific markets. Developed at Nokia’s Product Creation Centre in Beijing, the stylishly compact and feature-rich Nokia 6108 has tri-band (GSM 900/1800/1900) functionality, a high resolution colour display, MMS* (Multimedia Messaging Service), Java(TM), a built-in email client, an XHTML browser, a “Chinese-English-Chinese” dictionary and enhanced features for Chinese language users in the region. The Nokia 6108 will be commercially available in Asia Pacific markets during the third quarter of 2003.

Developed for Chinese language users in Asia Pacific, the unique form factor of the Nokia 6108 was created by designers in Nokia’s Product Creation Centre in Beijing. One of Nokia’s global R&D sites, the Nokia Product Creation Centre in Beijing has played a key role in the design and creation of this new pen-based Nokia 6108 to cater to the local needs in China and other markets in the Asia Pacific region.

“As one of Nokia’s largest market worldwide, China is of great importance to us for our global success. The Product Creation Centre in Beijing bears testimony to Nokia’s commitment in this market. We believe that localisation is key for markets in this region, which have unique consumer needs and preferences. As we are now witnessing the mass market uptake of SMS in China, the introduction of an intuitive pen-based mobile phone will be ideal in meeting consumers’ needs,” said Robert Andersson, Senior Vice President, Nokia Mobile Phones, Asia Pacific.

“Nokia’s understanding of the China market and consumer needs is reflected in the strong Chinese-motivated design and features incorporated in the Nokia 6108. The design of the Nokia 6108 with a stylus attached to the back of the phone was inspired by the historic Terracotta warriors, depicting a Chinese warrior carrying a sword on his back. In view of the growing popularity of messaging in China, we believe that the Nokia 6108 will present a very attractive offering to the broader consumer segment in China and this region with its intuitive pen input capability to enhance messaging and other features such as the “Chinese-English-Chinese” dictionary, an extensive set of Chinese characters and the Lunar Calendar,” said Colin Giles, Vice President & General Manager, Nokia Mobile Phones China. 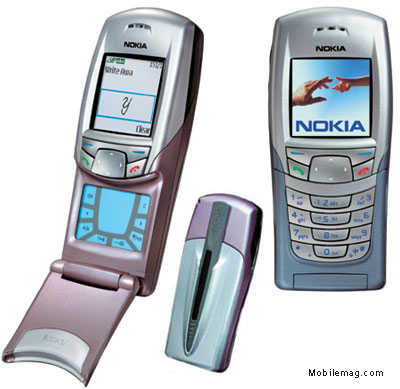 Designed with a stylish built-in touch pad and an easy-grip, non-slip stylus, the Nokia 6108 enabled by its intuitive pen input capability recognises the handwriting of both Chinese and Latin characters for convenient message sending and note taking. The phone supports both handwriting and keymat input. To utilise the handwriting recognition feature, lifting the keymat will reveal a built-in touch pad which allows the easy entry of both Chinese and Latin characters.

Another new and attractive feature, which will appeal to Chinese language users is the “Chinese-English-Chinese” dictionary offered in the Nokia 6108. The dictionary provides a direct translation of Chinese words to English and vice versa. Other enhanced features for Chinese language users include an extensive Chinese characters set, the Lunar Calendar and an attractive range of themed wallpapers depicting the five Chinese elements – Metal, Wood, Water, Earth and Fire.

With support for 4096 colours, the Nokia 6108’s high-resolution colour display (128 x 128 pixels) enhances the XHTML browsing, calendar entry and phonebook features as well as enriches the use of Java applications, MMS and games. The phone also supports a host of new animated graphics, polyphonic ringtones and an integrated handsfree speaker.

For enhanced personal management, the Nokia 6108 is equipped with a personal organizer, which supports the Note feature, mobile email feature, advanced calendar and a phonebook with a large memory. With SyncML, personal data such as calendars and contact information can be synchronised remotely over the network, accessible and up-to-date. Local synchronisation of personal data can also be done via the Nokia PC Suite. The PC Suite enables users to synchronise phone information with a compatible PC, install software, configure phone settings and make back-ups of phone files. The wallet application in the Nokia 6108 allows easy, reliable and convenient service access and mobile payment.

Via its Pop-Port(TM) interface, the Nokia 6108 supports the Nokia Camera Headset** which enables users to take digital images to send as MMS. This means that the Nokia 6108 can send, receive and forward MMS with text and image content to other compatible MMS-enabled phones.

The Nokia 6108 weighs 98 grams and has a talktime of 3 to 7 hours hours and a standby time of 170 to 410 hours. The phone is available in three attractive colour options – Silver Blue, Silver Yellow and Silver Rose – in the standard sales package.