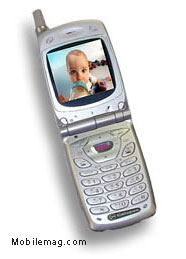 Calypso Wireless C1250i video cell phone is the first and only mobile phone capable of using Wi-Fi to connect users to the Internet at blazing broadband speeds of 11,000KB per second, enabling movie-quality, real-time video conferencing. The company recently signed a $500 million deal with China Telecom (NYSE: CHA) and is in negotiations with several U.S. based wireless communications companies.

“This technology is revolutionary. It permits large bandwidth signals such as full-motion color video and high-speed data to be delivered through a broadband analog signal. Once the technology is deployed by the carriers, the only thing you need to do is attach our access point to your existing phone line, and you will immediately be able to enjoy 20MB per second Internet access on your wireless device, such as a laptop computer equipped with Calypso’s PCMCIA network card or our state-of-art video cell phone,” says Xavier Sarria, Vice President of Sales for Calypso Wireless, Inc.

Calypso Wireless believes this is great news for the U.S. wireless carriers, such as Nextel (Nasdaq:NXTL) and Sprint PCS (NYSE:PCS).

“Wireless carriers can now provide wireless solutions that are 200 times faster than their existing solutions, and up to 200 times faster than existing wire-based DSL and cable modem connections. If you could surf the net at 20MB per second, completely wireless and do real-time video conferencing through your C1250i cell phone, why would you possibly want to continue to use traditional Internet connections?” asks Sarria.

However, instead of competing with local phone companies, Internet Service Providers or cable companies, Calypso Wireless is teaming up with them. The company’s access points works on other service providers’ existing infrastructure.

This is not just a futuristic vision. The technology that enables the broadband delivery through a traditional copper phone line has already been successfully deployed by the U.S. military. This is Calypso’s first commercial application for the technology. The company’s C1250i video cell phones should go into mass production later this year to satisfy the initial order from China Telecom. Calypso is also in various stages of negotiations with major wireless carriers around the world. Since the company’s phones are able to seamlessly switch between traditional cellular networks and access points, wireless carriers will be able to provide value added high-speed services at a price premium without any major infrastructure investments. Calypso Wireless believes it is 2 to 5 years ahead of its competition.

Calypso startled the telecommunications world in February when it announced that it had signed a $500 million contract to deliver mobile phones and network systems to China Telecom. China Telecom’s customers will actually be able to utilize a new set of high value-added services such as two-way real time videoconferencing at the speed of 30 frames per second or wireless Internet access up to 200 times faster than cable broadband users have been accustomed to in the U.S.