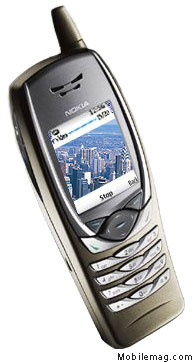 “The first commercial deliveries of the Nokia 6650 are estimated to start first half of 2003,” Nokia said in a statement.

The phone features a color screen and low-resolution digital camera, and can send messages containing sound and images, including short video clips. It will be a dual-network handset, functioning on both the current second-generation GSM and future 3G networks.

“This is clearly showing the way towards commercial WCDMA 3G shipments during the first half of this year,” it said.

Sony Ericsson, a joint venture of Japanese electronics giant Sony and Swedish telecommunications heavyweight Ericsson, launched on Monday its first 3G mobile phone, the Z1010, which is to be brought to the market in the second half of the year.