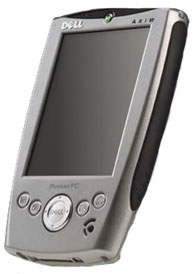 A number of customers who ordered Dell Computer’s new Axim X5 handheld are complaining it is taking too long to get their hands on the devices.

Dell launched the competitively priced Axim X5 in November in a move that marked the direct PC seller’s entry into the handheld computer market. But now message boards on Dell’s Web sites are filled with complaints from buyers upset that they don’t yet have the gadgets they ordered weeks ago.

Dell spokesman Cody Pinkston said the company is aware that the wait time for the Axim X5 is longer than normal. He said Dell is “working real hard to fill orders as expediently as possible.”

The typical wait time for Dell gear is three to five days, though Axim orders are taking around 3+ weeks to fill, Pinkston said. He added that waits could be even longer in some cases if customers order accessories, such as a wireless card or folding keyboard, at the same time.

Dell committed to selling its products directly, through its own website rather than through traditional retail stores. It appears the company is trying to have its cake and eat it too.