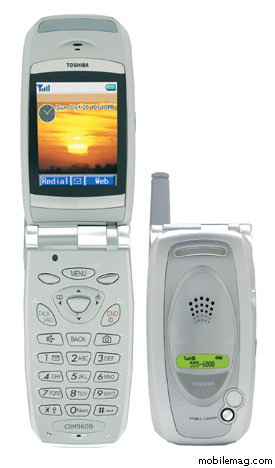 Audiovox Communications has unveiled the new CDM-9600 wireless handset. This enables wireless phone users to ride the crest of productivity and take full advantage of the myriad of new, exciting entertainment and information services offered by the nation’s top carriers. Distinctively styled and attractively appointed, the feature-rich CDM-9600 is CDMA2000 1X-capable and equipped with GPS location positioning technology (system dependent). Plus, with its BREW and Java capabilities (also system dependent) and plethora of other user-demanded features, ACC’s new CDM-9600 is a great communications tool for business and recreational use.

Sporting a clamshell-styled form factor, ACC’s tri-mode CDMA (800 MHz AMPS/CDMA, 1900 MHz PCS), CDM-9600, boasts a 65K-color main display; a built-in digital camera for photo IDs and picture mail; as well as a host of other user-demanded features that are sure to make this phone a big seller.

“We’ve designed the CDM-9600 to meet the expanding wireless needs of business people and all those individuals who need to be on the cutting-edge of the latest advances in telecommunications technology,” said ACC President and CEO, Philip Christopher. “For these on-the-go communicators, whether it’s for a critical, business application or tapping into one of the new entertainment services being offered by the nation’s carriers, ACC’s CDM-9600 is the comprehensive communications solution that’s sure to fill their bill.”