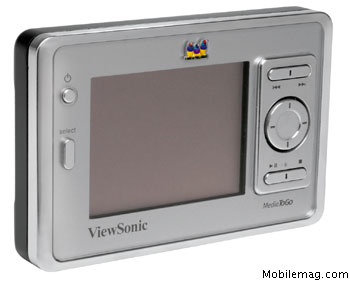 ViewSonic® Corp., has announced plans to participate in a Microsoft® and Intel® initiative to create a new category of mobile devices-the portable video player.

The Visual Technologies leader will extend its brand through the creation of a portable video player, tentatively called the ViewSonic PVP (Portable Video Player), designed to build upon its current offerings in the entertainment arena, including the M2000 and M1000 Digital Media Centers that are also being announced at CES. The ViewSonic PVP combines the functionality of a MP3 jukebox, a portable DVD player and a digital photo album-all in a single portable device-making it the most complete method for users to enjoy all their favorite digital content while on the go.

Among the first portable media players built upon Microsoft’s Media2Go platform, the ViewSonic PVP features a 3.5-inch 240X320 color display and a 10GB hard drive that is large enough to store up to seven hours of video content.

“Over the last few years, ViewSonic has taken great steps in making visual technology portable through products such as our Tablet PCs, Pocket PCs and Smart Displays,” said Marc McConnaughey, senior vice president, Advanced Technology Group, ViewSonic. “The ViewSonic PVP combines this mobile experience with our growing multimedia capabilities to bring consumers the freedom to play and view all of their digital content with one compact device.”

ViewSonic’s creation of the product stems from the desires of more than 50 percent of U.S. PC households that want to use their computer to listen to music, write CDs and view photos, according to Forrester Research’s Consumer Technographics May 2002 report. With the ViewSonic PVP, consumers can access these entertainment files when in or outside the home.

Expected to be available in the fall of 2003, the ViewSonic PVP will be sold through authorized ViewSonic resellers. Pricing is not yet available.