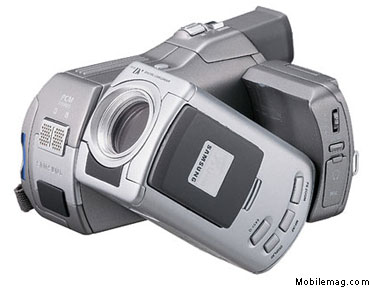 Samsung Electronics has unveiled SCD5000, the latest in Samsung’s line of digital convergence products that seamlessly combines the qualities of a MiniDV digital camcorder with a four mega-pixel digital camera. Unlike other similar products, which tend totake one of the two functions as an afterthought, i.e. either poor resolution for stills or extremely limited recording time and quality for motion pictures, etc., SCD5000 performs superbly at both functions.

The SCD5000’s unique swivel lens mechanism permits easy switching between the two functions; one side of the assembly houses the camcorder lens and sensor and the other side holds the mechanism for the digital still camera.