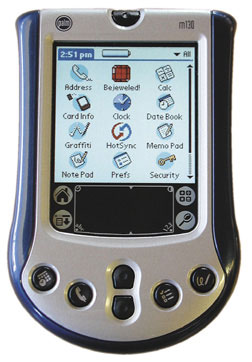 When it comes to a Palm m130, apparently.

The Santa Clara, Calif.-based handheld computer maker is eating its own version of digital crow Monday after Wired Magazine reported that Palm’s under $300 handheld device only supports 58,621 “color combinations” on its screen instead of the 65,536 colors the company boasts.

Palm, which markets the PDA in the U.S. as having a 16-bit screen, is now in the middle of damage control, which may include a public apology to its customers for the mistake.

“We want our customers to know we made this honest mistake. We truly believed the m130 offered 65,000 color combinations. We want to offer an apology,” said Palm spokeswoman Marlene Somsak.

The m130 fills out the company’s lower-end m100 series line of handhelds and includes rechargeable batteries and 8MB of RAM. The m130 currently sells for $279.