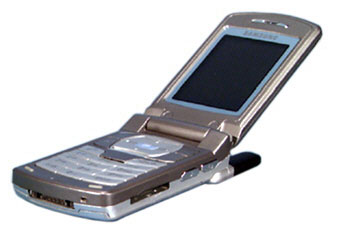 Sendo isn’t the only manufacturer hard at work to bring a Smartphone 2002-based device to market; we’ve got specs and the very first pictures of Samsung’s new SCH-I600!

UK based mobile phone manufacturer Sendo has long been at the forefront of Microsoft’s effort to launch a smartphone product based on its Smartphone 2002 platform. What however seems to have gone the world by to some degree is that other companies are developing products based on the Smartphone 2002 platform, including Taiwan-based Compal and HTC – and not to forget, Korea-based consumer electronics giant Samsung.

Courtesy of U.S. regulatory organ FCC, we’re now able to share the hardware specifications of the Samsung SCH-I600, the first CDMA Smartphone 2002, as well as show you the very first pictures of the device.