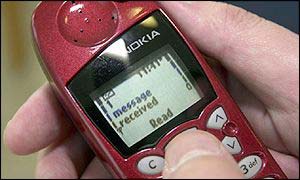 This is the first time in North America that customers of four different wireless carriers will experience real-time, two-way text messaging. Each carrier will route out-of-network SMS messages to the ISR, which will then instantly route the message to the appropriate carrier and then to the recipient’s wireless handset. CMG’s ISR will bridge all of the leading wireless network technologies to create seamless wireless text messaging for customers across the country regardless of their service provider.

“The wall has finally come down for SMS interoperability in Canada,” said Mark Quigley, Research Director, Yankee Group Canada. “Until now, mobile messaging growth has been hampered across the continent by the failure of wireless carriers to work out interoperability issues. With this announcement, inter-carrier mobile text messaging will increase general mobile service usage and have a positive impact on average revenue per subscriber.”(Yankee Report Vol. 5 No 14 – November 2001)

SMS has undergone phenomenal growth in Europe and Asia in the past two years because of cross-carrier collaboration and functionality. In 2001, Cahners In-Stat Group reported that there are more than 359 million SMS users in the world. In the past two years, the number of SMS messages sent worldwide has grown from 2 billion messages per month to more than 16 billion. The continuing growth of SMS demonstrates that text messaging is becoming as popular as voice. By the end of 2002, there will be more than 16 million messaging users in North America.

“Inter-carrier cooperation and cutting-edge technology have taken the Canadian wireless experience to another level of wireless services,” said Peter Barnes, President and CEO, Canadian Wireless Telecommunications Association (CWTA), which facilitated the co-operation agreement. “This move continues the long tradition of Canadian operators being at the forefront of North American wireless technology and enables participating carriers to launch new mobile applications and services that meet customer needs and facilitate their use of innovative wireless communications solutions.”

Each carrier will approach billing independently. Plans range from per-message charges to unlimited usage. Customers should check with their wireless service provider for details.