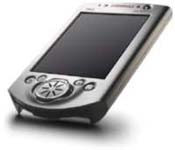 BlueKite, a leading mobile internet software provider, today announced that it has been selected by Compaq to facilitate high speed mobile Web browsing on Compaq wireless devices, such as the iPAQ Pocket PC. As an initial part of the agreement, Compaq customers can now sign up for a free trial of the BlueKite.

Using a combination of wireless caching and compression techniques, BlueKite’s software can improve mobile Web browsing speeds by three to five times, allowing consumers and mobile professionals to experience speeds equivalent to or better than a 56 kbps fixed-line modem connection.
BlueKite’s software is currently the only client/server optimisation solution for Pocket PC devices and users can benefit from optimised wireless Web access regardless which mobile operator they subscribe to. Once the software is installed on the Compaq device, using a simple ‘one click’ installation process, the software will automatically configure with BlueKite servers located in the USA, Europe, and Asia.

“We are delighted that Compaq has chosen to promote the use of BlueKite’s software to its new and existing customers,” says Robin Abrams, President & CEO, BlueKite. “It is with devices such as Compaq’s wirelessly enabled iPAQ and laptop computers – which combine a graphically rich mobile Web browsing experience with full mobility – that widespread adoption of the mobile internet will become a reality.”