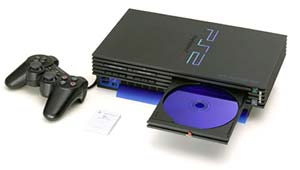 Sony Computer Entertainment America Inc. announced that it is set to release “Linux (for PlayStation 2)” Release 1.0, targeted toward the Linux development community in North America. Designed as a hobbyist development environment, users can not only run the wide variety of computer applications written for the Linux operating system, but also create original programs and applications designed to run on “Linux (for PlayStation 2).” The company expects the kit to sell for about $199 USD when it is made available in May 2002 exclusively through its website, http://www.us.playstation.com.

USB Keyboard and mouse (for PlayStation 2)

Linux use is growing at unprecedented levels and according to IDC, a leading market research firm, the Linux operating system marketshare is expected to reach 38 percent worldwide by 2004. In response to many requests from the Japanese Linux society to enjoy Linux programming on PlayStation 2, Linux Beta Version Kit was made available to approximately 7,900 enthusiasts in Japan in July 2001. Since then, overwhelming numbers of requests have continued on Linux community websites all over the world, with approximately 9,500 people joining the movement.

Also, according to questionnaires conducted by Sony Computer Entertainment America and Sony Computer Entertainment Europe, more than 28,000 people have expressed interest in the “Linux (for PlayStation 2)” development kit to date. This led the company to release a new version as Release 1.0 to support users of the worldwide Linux community. The company responded to feedback received from the Beta test program in Japan and modifications were incorporated for “Linux (for PlayStation 2)” Release 1.0.