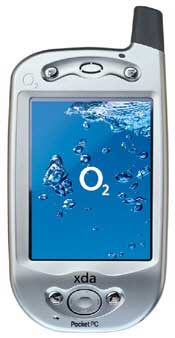 The XDA device, to be launched at an unspecified time next year, is unusual because it was commissioned by mmO2 from Taiwanese electronics firm HTC.

European telecoms operators usually have no input into the phones offered to them by manufacturers, although the design process is more collaborative in Japan.

The XDA is a personal digital assistant (PDA) with a large colour screen and runs on PocketPC 2002, the latest version of Microsoft’s portable operating system released on Thursday.

It will have a permanent connection to the Internet via mmO2’s General Packet Radio Service (GPRS) networks.

The company said it commissioned the phone, under development for 18 months, because there was nothing like it available.

“We want to drive the adoption of data services and this is the way to do it,” said Dave McGlade, managing director of mmO2’s UK division BT Cellnet. Cellnet will offer the phone along with its sibling companies in Ireland, Germany and the Netherlands. It will be targeted at business users. No price was announced.

Mobile operators are looking to PDA-style phones with large colour screens and fast connections to ignite enthusiasm for the mobile Internet after the disappointment over slow, text-based WAP (Wireless Application Protocol) services.