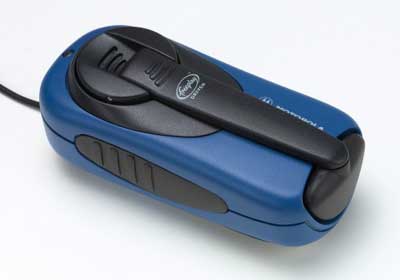 Freeplay is now working with Motorola Companion & Accessories Division in the development and manufacture of a cellular phone charger that uses its ‘self-sufficient’ energy source as an ‘ingredient’ brand. The Motorola charger will be ‘Freeplay driven’ and will adapt to fit most popular brands of cellular phones. The charger is scheduled to become available to the retail market as early as November of 2001 and is set to bring ‘self-sufficient’ energy into a whole new arena across the £ billion Communications industry.

Chairman and CEO, Rory Stear, has been in close discussions with Gary Brandt of Motorola for some time to explore the potential that new energy sources could bring to the wireless and communications sectors. He explains:

“Clearly this is a strategic milestone in the history of our company as it takes self-sufficient energy applications into a different sphere. Not only does this open up a raft of applications in the developed world but the opportunity across the developing world is also tremendously exciting – where free energy can, and will, change lives. Motorola is a world class brand and its global distribution channels will allow us to introduce millions of cell-phone users around the world to the freedom and reliability that self-sufficient energy provides”.

Gary Brandt believes that the technology will give Motorola a leading advantage in the highly competitive market that exists globally:

“Consumers will be able to charge their phones – anytime, anywhere, regardless of whether an electrical outlet is nearby” he said. “Never again will a user need to be faced with a situation where he, or she, can’t make a cell phone call because their battery is dead and they do not have access to an outlet. And, in dire situations where a life may be a stake, that’s an incredibly reassuring and powerful advantage”.

Today’s announcement follows Freeplay’s transformation to a leading technology company. Whilst its products remain highly successful and visible in retail outlets with its portable radios taking 22% £ share of the UK market, the Company is now focusing on its core competencies as a business-to-business technology company. The company’s head office is in the heart of London’s Mayfair from where it controls its international operations.

Recent partnership agreements have been signed with leading organisations to facilitate this transformation. Li & Fung (which manufactures for Homebase and Gap amongst others) is now responsible for all manufacturing processes outside of the company’s R & D laboratories, which remain situated in Cape Town, South Africa.

USA’s number one outdoor brand, Coleman, has entered in to a partnership agreement with Freeplay and takes responsibility for all North American distribution and marketing of co-branded Freeplay products.

Freecom Pty. Ltd. takes responsibility for African distribution and marketing of products. Freecom has a special relationship with Freeplay in that the organisation was initially funded, by Freeplay, as an engine for job creation in S.A. – echoing the Company’s social responsibility programme for workers across its manufacturing programmes.

It has also been revealed that an Agreement was signed in the UK, today, for major UK distributor Burton McCall to partner Freeplay in its UK activities for audio and illumination products. Burton McCall also distributes Maglite and Victorinox products in the UK and it is anticipated that this new addition to its portfolio will add further strength to its UK positioning