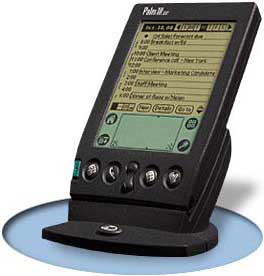 A DEMO version of Linux DA O/S for Palm IIIx and IIIxe, along with a user manual, is now available for FREE download from Empower Technologies at www.linuxda.com. The DEMO version includes Address, Schedule, Calculator, and game software applications.

Empower Technologies Inc. will soon be launching an e-commerce site to allow consumers to easily purchase the full version of the Linux DA O/S. The first 1,000 consumers to pre-order on the Linux DA web-site will receive a gift. Also, every pre-order received by August 1st will be eligible to enter a draw to win one of ten Palm IIIxe-compatible handhelds with embedded Linux DA O/S.

Linux DA is the dominant software platform for the Consumer Electronics Industry. With Linux DA, Empower Technologies’ vision is to create a common operating system compatible with all consumer electronics products, regardless of the manufacturer brand. This unique technology allows for complete connectivity among various consumer electronics appliances, satisfying end- consumers’ demands for increased communication and choice.