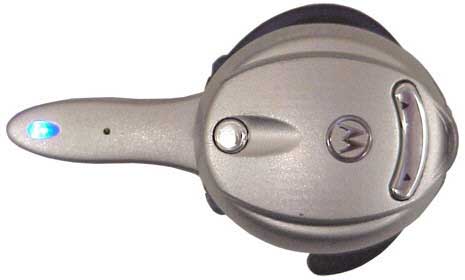 Bluetooth seems to be finally making a small impact in the mobile phone market, with a very limited number of Bluetooth-enabled phones starting to show up. The real show will however not begin before at the end of 2001, when several mobile phone and PDA manufacturers are expected to step forward with either incorporated or add-on solutions for putting Bluetooth to good use in their products.

Even though Motorola as a major manufacturer was beaten by Ericsson in getting the first Bluetooth headset on the market, Motorola’s efforts to push its Bluetooth headset will most likely not be diminished by this. From the beginning, Motorola has been one of the most active manufacturers in terms of putting new technology to use in their phones at an early stage, and it looks like the company has decided to follow up on this what Bluetooth regards.

The new headset is expected to be available shortly, and is developed in a collaboration with Danish GN NetCom, which already has made quite a reputation for itself by developing wireless headsets both based on Bluetooth and other wireless technology. GN NetCom will be selling its own version of the headset with the same specifications under its JABRA brand, so if you’re wondering what the difference is – there is none.