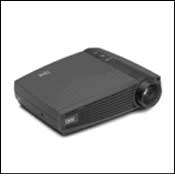 IBM today announced that it is using just a few atoms of “pixie dust” to push back the data storage industry’s most formidable barrier.

The company is first to mass-produce computer hard disk drives using a revolutionary new type of magnetic coating that is eventually expected to quadruple the data density of current hard disk drive products — a level previously thought to be impossible, but crucial to continue feeding the information-hungry Internet economy. For consumers, increased data density will help hasten the transition in home entertainment from passive analog technologies to interactive digital formats.

The key to IBM’s new data storage breakthrough is a three-atom-thick layer of the element ruthenium, a precious metal similar to platinum, sandwiched between two magnetic layers. That only a few atoms could have such a dramatic impact caused some IBM scientists to refer to the ruthenium layer informally as “pixie dust.”

Known technically as “antiferromagnetically-coupled (AFC) media,” the new multilayer coating is expected to permit hard disk drives to store 100 billion bits (gigabits) of data per square inch of disk area by 2003. AFC media is now shipping in IBM’s Travelstar notebook hard disk drive products with data densities up to 25.7 gigabits per square inch. In time, IBM plans to implement AFC media across all of its disk drive product lines.

In the past decade, the data density for magnetic hard disk drives has increased at a phenomenal pace: doubling every 18 months and, since 1997, doubling every year, which is much faster than the vaunted Moore’s Law for integrated circuits. But the designers knew they were accelerating toward a barrier that could suddenly halt further progress: When magnetic regions on the disk become too small, they cannot retain their magnetic orientations — the data — over the typical lifetime of the product. This is called the “superparamagnetic effect,” and has long been predicted to appear when densities reached 20 to 40 billion bits (gigabits) per square inch, which is near the data density of current products.

“AFC media is the first dramatic change in disk drive design made to avoid the high-density data decay due to the superparamagnetic effect,” said Currie Munce, who holds the dual positions of director, Advanced Hard Disk Drive Technology at IBM’s Storage Technology Division and director, Storage Systems and Technology at IBM’s Almaden Research Center. “Our deep understanding of the complex physical phenomena of how the AFC media works enabled us to be first in the industry to ship AFC media in products, and we’re working to extend this technology to perform magnetic recording at 100 gigabits per square inch and beyond.”

The 100-gigabit density milestone was once thought to be unattainable due to the superparamagnetic effect. A natural solution to this problem is to develop new magnetic alloys that resist more strongly any change in magnetic orientation. But recording data on such materials becomes increasingly difficult.

AFC media solves this problem. The ultra-thin ruthenium layer forces the adjacent layers to orient themselves magnetically in opposite directions. The opposing magnetic orientations make the entire multilayer structure appear much thinner than it actually is. Thus small, high-density bits can be written easily on AFC media, but they will retain their magnetization due to the media’s overall thickness.

IBM is a pioneer in the research, development and manufacture of antiferromagnetically-coupled structures, which have remarkable properties due to the “spintronic” interactions between the materials’ electrons and magnetic fields. In 1990, IBM scientists discovered that a thin layer of ruthenium atoms created the strongest anti-parallel coupling between adjacent ferromagnetic layers of any nonmagnetic spacer-layer element. The structure was used in the first giant magnetoresistive read element for disk drives, which was introduced by IBM in 1997. GMR heads are now used in virtually all disk drives.