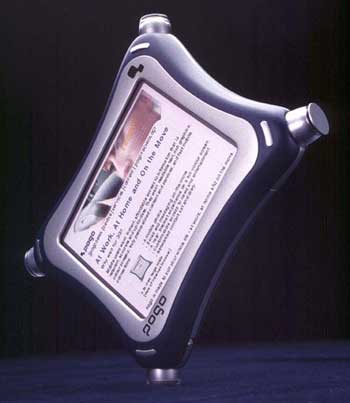 On the Isle of Man, a BT team is working flat out to beat its Japanese rivals in the race to set up the world’s first third generation (3G) phone network system. However, in London, a start-up company, while not exactly wishing ill on those pioneering engineers, certainly hopes they take an extra tea break or two.

Pogo Technologies has a plan that, in its own words, promises to “deliver today what 3G promises tomorrow” using existing global systems for mobiles (GSM) networks.

It hopes to help the networks recoup some of their investment in 3G licences via an easy-to-use device that offers the mobile access to the internet with go-faster stripes.

Instead of downloading data at the standard GSM speed of 9.6kbps, Pogo believes its device can access data at up to 50kbps – around the same speed that PC modems deliver web pages. And while it can be used with Wap, Pogo believes its system is the ticket to offering full web pages at speed on GSM mobile devices.

The key to Pogo’s big idea is technology and the compression system it has developed. This works by compressing, storing and auditing information, which is then decompressed and displayed on the device as HTML web pages.

“Our system gives people everything they thought they would get from Wap,” explains Pogo’s chief operating officer Tim Critchley. “Wap was a technical solution that gave little thought to the end user. We are offering something that’s been developed with the consumer uppermost in mind.”

The system will debut on a Pogo mobile phone/PDA hybrid that Pogo hopes will be available via at least one of the GSM networks by Christmas.

Ironically the device’s design has more in common with 3G prototypes than anything else currently on sale. Imagine a unit that is the same size as a Palm PDA, but turned on its side with four corners jutting out.

Switch the device on and it displays a basic icon-based interface on its 3.8inch colour screen. This offers access to an address book, diary and games.

Data is inputted via its virtual keyboard (there is no handwriting recognition system). However, unlike traditional PDAs, users do not need to have access to a PC to keep their information up to date. The information is stored automatically on the network’s server and updated each time the user goes online.

The device also features an MP3 player and offers storage via a 32MB MultiMedia, or possibly, SD card. Owners can use the device to send and receive both email, via their existing account, and SMS messages, and also make voice calls.

While its arsenal of facilities are impressive, it is the device’s no-nonsense web-browsing features that Pogo hopes will turn the heads of the telephone networks’ executives.

“Most launches in this field are aimed at the corporate market. We are producing something for consumers,” explains Critchley. “Our device will access the internet sites they are so familiar with, delivered to their handset at speeds they are used to. It really has been made very simple to use.”

The device has another useful trick. Central to its technology is the option of adding pay-per-view tags, which the networks can use to charge for viewing certain sites. This may prove attractive as networks attempt to develop their own service pages and websites.

Pogo believes that with the usual level of subsidy, the networks could sell the device for between £100 and £150 – far cheaper than business-oriented rival products from Ericsson, Nokia and Trium. The company hopes it will become a cult in the youth and student markets.