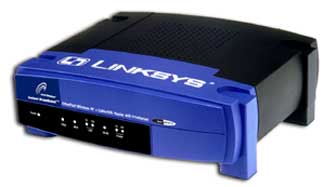 “Adding wireless LAN solutions to our networking and broadband networking lines is a natural addition considering that we offer the most complete line of Ethernet, HomePNA and Cable/DSL products on the market,” said, Linksys President and CEO Victor Tsao. “We are committed to providing customers with the broadest selection of networking and broadband hardware products, so that when users want to upgrade or add new technologies to their network they can feel confident that we will offer a solution compatible with their existing hardware. Our new line of Instant Wireless products do just that – enable simple, dependable and adaptable networking while at the home or at the office.” Tsao continued, “With the growth of broadband and the desire to share the connection, our wireless products will enable the freedom to share that connection without the extra expense of rewiring.”

The wireless USB Adapter can enable desktop and notebook PCs with wireless 11Mbps network and Internet access, without having to open desktop PC cases or taking up PCMCIA slots on notebook PCs. It is compatible with other 802.11b NICs and PC Cards in peer-to-peer environment or when used with an AP. The USB Adapter also includes 64-bit WEP encryption for secured networking and has the same operating range as the PC Card and AP. ESP: 149.99.

This wireless device features a Cable/DSL Router like our 1-Port Router (BEFSR11), but also includes wireless AP capabilities and a Print Server. The device has one WAN port, one LAN port, one 10/100 printer port and a PCMCIA slot to house the Instant Wireless™ PC Card (WPC11) which enables AP functions. This hybrid wireless device performs all the functions of three devices in one, so users benefit from one source troubleshooting, more cost-efficiency and conservation of your workspace. Linksys’ award-winning router features: Firewall, IPSec Pass through, PPTP support, PPPoE, mapping, logging, forwarding, filtering, DMZ are all included. ESP: $299. (Wireless PC Card not included)